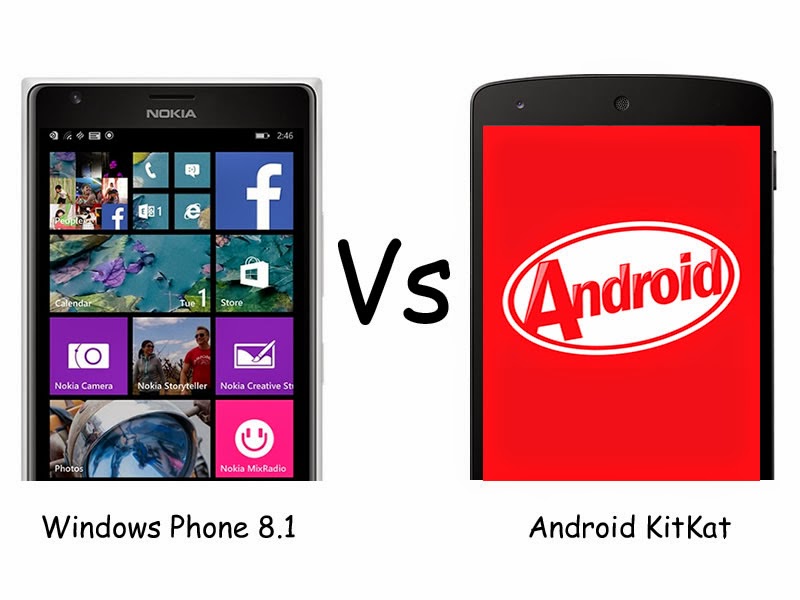 It's an undoubtedly proven fact (so many times) that Lumia 1020 is the best camera phone till this date from the date it was launched. Nokia's phone division(now Microsoft's) makes the best camera-phones in the world. They have developed Pureview technology which doesn't exist in Android. There is not a single camera-phone (Not even samsung K zoom) which matches Lumias Pureview technology. Even though Lumia 1020 is 2 year old by launch date, since it was ahead of it's time in specs it's gigantic 41 megapixel resolution camera even beats the latest iPhone 6 camera. To the people who thinks the camera of 1020 is slow, you are using the wrong app my friend. There is no Android phone which tops as a super camera phone and windows phone owns Android in the camera department.

There are super cheap android devices in the market, then there are mid-range devices and then there is high end droids. But when you try to use all these phones, you will understand that phones from different OEMs has different UI designs and it might be confusing to some people. Low end Android devices are super cheap, not only in price, but also in quality too. Most of the low end devices lags like hell.
But in Windows Phone even if you buy a low end Lumia 520 or a high end Lumia 930 or 1520, your user experience of the Operating Software will be the same. You are paying mainly for the hardware(camera, memory, design, etc). You will have same one experience no matter which Lumia you buy. Even Windows Phone have low memory devices with 512mb RAM. But unlike Android, Windows Phone 8.1 OS is not a memory hungry operating system. The optimized OS keeps your touch flow experience super smooth.

If anyone ever told you that Windows Phone doesn't support widgets, then they are plain stupid. Because Windows Phone's whole UI is based on something called 'Tiles' in other words(Android language) widgets! You can customize it by re-sizing them or moving them whatever way you want.

You can Pin any apps to the main Start screen and it automatically becomes a shortcut. Most of the apps will have a live tile which updates regularly to show you current weather, latest news update, latest tweet or facebook post from your friend and important stuff like that. This Tile UI is what makes Windows Phone standout from the Android crowd. Android's dead static old symbian style icons fails infront of this beautiful always updating live tiles of Windows Phone UI. Flat design style was brought by Windows Phone OS to UI designs which google just copied to their latest Android Kitkat OS. Android has to use so called launchers to change the look of their UI while WP users can easily move around the tiles and even remove all the tiles from start screen if they want.

This is one of the best feature Windows Phone has. Unfortunately for Android fans, they can install the apps only on internal memory(Phone memory). This is a big flow for those customers who has low end Android devices. Because Low end Android devices will have low phone memory. They will not have enough memory to install their favorite games or all the apps they want. They always have to uninstall one app to install another. But when it comes to Windows Phones, latest Windows Phone 8.1 supports installing apps to memory cards. And all the latest Lumia devices which was launched with Windows Phone 8.1 have the capacity of using 128GB memory cards if you want(even the lower end devices).

There are so many other plus points in windows phone like windows phone OS is non-hackable and virus free OS unlike Android which really vulnerable and any small virus is a huge threat for Android. So we would like to know your thoughts on this (only) if you have used both Windows Phone 8.1 and Android Kitkat/Lollypop.
at 12:21 AM