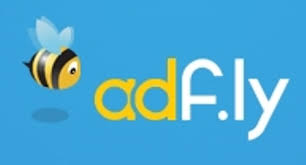 Last month was a really bad month for some of the Indians who earns money online.Because two of the main money generating sites Adfly  and LinkBucks was blocked in India by most of the ISPs for unknown reasons.Even though some people found work-arounds to unblock these sites,some couldn't.But the happy news is now adfly looks like it's working fine.They even posted an official statement in their blog about blocking 2 weeks back and said they are trying their best to solve the problem.They sure did.
The sad news is even though adfly is working fine now,Linkbucks is still blocked.If you type the URL of linkbucks it shows a message saying ..

"This website/URL has been blocked until further notice either pursuant to Court orders or on the Directions issued by the Department of Telecommunications".

Even after some users have complainted about this,there is no official words from the side of Linkbucks about this.Now that's sad.Even though you can access linkbucks through some change in the typed URL,you cant tweak into the extent(like adfly) that every visitor will get to see the ad.I have to remove the script temporarily because it was blocking my readers.Now lets see may be someone will soon come up with some solution or ISPs  it self will unblock the website.
I know this post is after a long time.And soon i will post some awesome tricks to earn money by using linkbucks and adfly.
That's all Folks!!!