For those who don't know,Vimeo.com is a popular video sharing site among creative professionals.And Reliance Entertainment Ltd is an Indian company who produces and distributes movies in many Indian languages.Currently they have a tie-up with 'DreamWorks' too.

From yesterday night Vimeo.com is not available in India,and when you type the address of Vimeo or any other popular torrent sites, a message comes up.
It reads,


'Access to this site has been blocked as per Court Orders'. 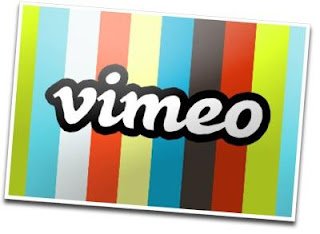 Many news reports says Reliance got a court order to block all these websites to stop piracy of their Hindi movie 'Dangerous Ishq'( C-grade movie comparing to usual Bollywood standards).If this is actually done by Reliance,then it is getting them plenty of negative publicity.

Now,those who know Vimeo.com,surely knows that they never promotes piracy unlike torrent sites.And people share their 'OWN' works there.But some uneducated illiterate a$$h*les in Reliance Entertainment was born without brain.So they don't have the common sense to think about these aspects.They might have got a court order for all the ISPs to ban the sites which they don't like.Funny part is not all the ISPs are following these 'court orders' from Mr.Ambani.(: P).And people are searching internet like crazy that how to access vimeo.com,how to access banned sites,etc.And they surely are finding several other ways to access these sites.Remember if there is a lock in the world,then there must be a key!!!

Tail Lamp: The Famous hacker group 'Anonymous' hacked Supreme Court and Congress Party's websites to teach them a lesson.And Reliance' much hyped movie 'Dangerous Ishq' universally panned by critic.One review says "Reliance reached new level of crap".And even if someone upload that movie in any torrent site,i don't really think anybody is going to waste their bandwidth and time on that crap..!!!